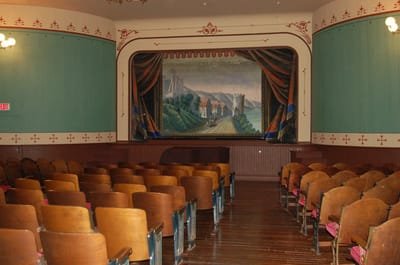 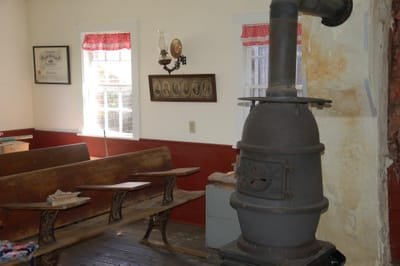 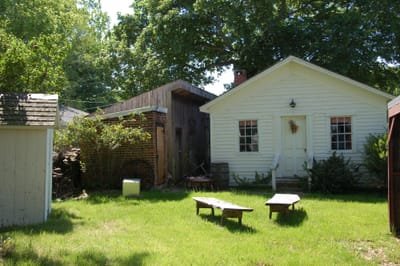 The Pemberville Opera House is the crown jewel in properties restored and maintained by the Pemberville Historical Society. The Opera House is a ‘Theatre on the Second Floor.” Built in 1892 and completely restored in 1999, it is one of the oldest operating opera houses in the State of Ohio.  An elevator tower was added in 2016 so this theatre space is handicapped accessible.  Boasting many of the original features dating to 1892, the opera house has many original pieces of scenery which operate on a ‘scenery slat’ system and an original ‘grand drape’ featuring a hand painted German landscape. It truly is a gem and a must see as you come through the village. The opera house is home to annual events such as “Live! In The House” a concert series, the Children’s Theatre Workshop, For the Love of Art Show and the Festival of Trees, as well as many meetings, recitals and weddings.

Other properties of the Pemberville Historical Society include:

The One Room Schoolhouse
Originally a schoolhouse, it was brought behind the Pember house to function as a summer kitchen. It has since been restored to a schoolhouse which is open several times per year or by appointment.

The Smokehouse
A small structure used for smoking meats for preservation in the late 1800 and early 1900's, this structure is 'fired up' in the fall at the Autumnfest. You can even buy a smoked sausage on a stick!

The Blacksmith Cottage
Our blacksmith can be seen working during the Autumnfest in the little shack behind the Furry House.

More information on the Opera House and the Pemberville Historical Society can be found on their website at:
http://www.pembervilleoperahouse.org